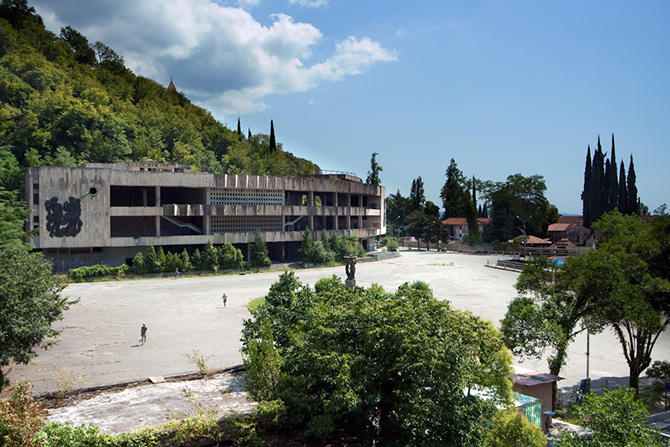 Almost immediately after the collapse of communism, this former playground of Czarists and lucky Soviet citizens became the scene of open combat and ethnic cleansing. Significant sections of the city were abandoned after the conflict came to an end in 1993, and since then have crumbled into an eerie ruin.