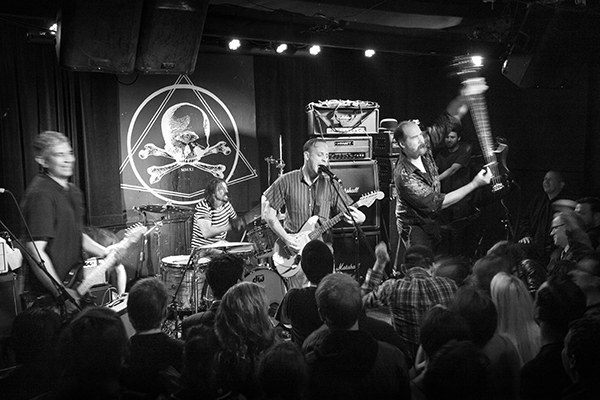 It was equally intense for Grohl. «The first time we played together, it was like seeing a ghost,» he says. «The second time, it was a little more reserved. And the last time we played it was like that fucking Demi Moore/Patrick Swayze pottery wheel scene from Ghost. We usually got the song by the third take. It started to sound like Nirvana. Our road crew and some friends were in the room when we launched into ‘Scentless Apprentice’ for the first time. There were jaws on the floor.

«I hadn’t played in that band in 20 years,» he continues. «Hearing what it sounded like when we played ‘Scentless Apprentice’ legitimized it for me. I’d almost forgotten what it was like to be in a room full of Nirvana. That first day back really legitimized it. I was like, ‘Oh, that’s right! We sounded like this, and that’s why people paid attention. Oh, okay! It wasn’t just the book and the movie and the Behind The Music. It was the sound in a room, like this, that makes people go, ‘What the fuck?’