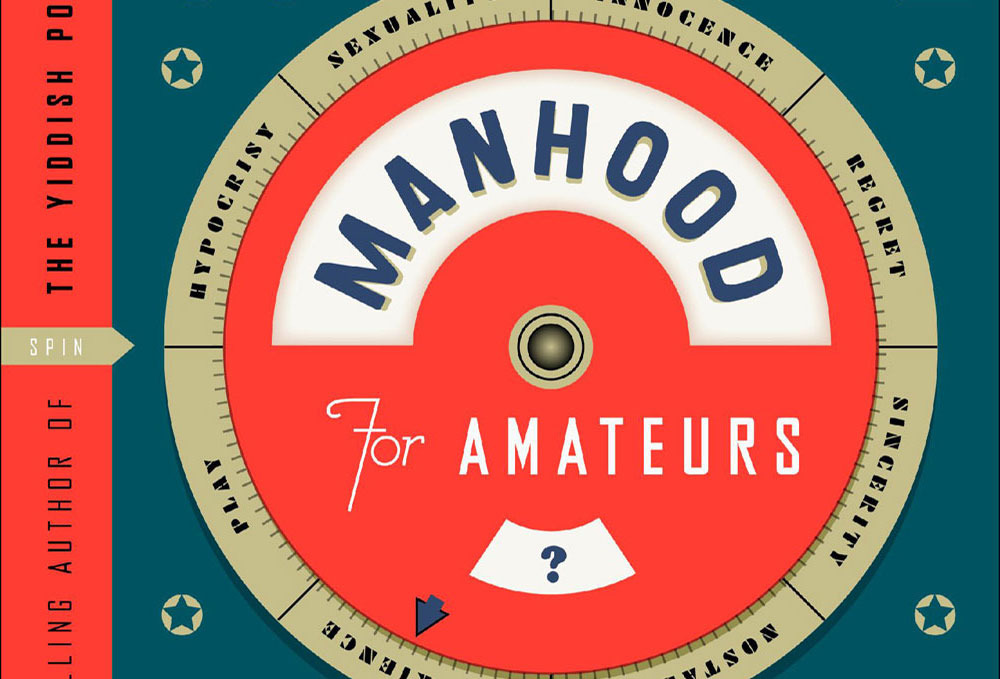 Every great record or novel or comic book convenes the first meeting of a fan club whose membership stands forever at one but which maintains chapters in every city—in every cranium—in the world. Art, like fandom, asserts the possibility of fellowship in a world built entirely from the materials of solitude.

mothers are attuned, in a way that most fathers have a hard time managing, to the specter of calamity that haunts their children. Fathers are popularly supposed to serve as protectors of their children, but in fact men lack the capacity for identifying danger except in the most narrow spectrum of the band. It is women—mothers—whose organs of anxiety can detect the vast invisible flow of peril through which their children are obliged daily to make their way

But what I most resented about the minifigs was the scale they imposed on everything you built around them. Like Le Corbusier’s humancentric Modulor scale or Leonardo’s Vitruvian Man, the minifigs as they proliferated became the measure of all things: Weapons must fit their rigid grip, doorways accommodate the tops of their heads, cockpits accommodate their snap-on asses

A Lego construction was not a scale model. It was an idealization, an approximation, your best version of the thing you were trying to make. Any house, any town, you built from Legos, with its airport and tramline and monorail, trim chimneys and grids of grass, automatically took on a certain social-democratic tidiness, even sterility

Where Lego-building had once been open-ended and exploratory, it now had far more in common with puzzle-solving, a process of moving incrementally toward an ideal, pre-established, and above all, a provided solution.

Time after time, playing Legos with my kids, I would fall under the spell of the old familiar crunching. It’s the sound of creativity itself

That is the aesthetic at work in the Legosphere now—not the modernist purity of the early years or the totalizing vision behind the dark empire of modern corporate marketing but the aesthetic of the Lego drawer, of the mash-up, the pastiche that destroys its sources at the same time that it makes use of and reinvents them. You churn around in the drawer and pull out what catches your eye, bits and pieces drawn from movies and history and your own fancy, and make something new, something no one has ever seen or imagined before.

Between Mother and Son lay the hazards—labeled ANGRY DOGS, ROVING GANG OF HOOLIGANS, GIRL WITH A CRUSH ON BONGO—of any journey through the Wilderness: deadly animals, antagonistic humans, lures and snares. It captured perfectly the mental maps of their worlds that children endlessly revise and refine. Childhood is a branch of cartography.

Art is a form of exploration, of sailing off into the unknown alone, heading for those unmarked places on the map. If children are not permitted—not taught—to be adventurers and explorers as children, what will become of the world of adventure, of stories, of literature itself?

But it had—crucially, to my theory of what makes great mass art—the powerful quality of being open-ended, vague at its borders. Onto its simple template of horses and apes and humans, of quest and pursuit across a simplified landscape, a kid could easily project himself and the world he lived in. In its very incompleteness, born of lack of budget, the loose picaresque structure, and even of cancellation itself, it hinted at things beyond its own borders. There was room for you and your imagination in the narrative map of the show.

Because the great secret theme of baseball is Loss (with its teammate, Failure), reading the backs of baseball cards is always an exercise in pity, and this is particularly true of the reverse of an older card like a 1952 Bowman

“To keep your head,” wrote Rudyard Kipling in his classic poem “If,” which articulated the code of high-Victorian masculinity in whose fragmentary shadow American men still come of age, “when all about you are losing theirs”; but in reality, the trick of being a man is to give the appearance of keeping your head when, deep inside, the truest part of you is crying out, Oh, shit!

the essence of traditional male virtue lies in imposture, in an ongoing act of dissimulation—fronting—which hardly conforms to the classic Kipling model of square-dealing candor.

I learned to pretend that I know what I am doing from my own father, an extremely intelligent and well-informed man whose intermittent bouts with mistakenness and inaccuracy visibly cost him bitter pain and embarrassment, and shocked the hell out of me when I was a child

Sobre not giving a fuck:

It’s simply the case that as I get older, I seem every day to give a little bit less of a fuck what people think of or say about me. This is not the result of my undertaking to exercise a moral program or of increased wisdom or of any kind of willed act on my part. It just seems to be a process, a time-directed shedding, like the loss of hair or illusions.

I have often found myself wishing my kids had somewhere they could go to get away, get lost, feel frightened and safe at the same time. Someplace deep and buried, unsuspected by and inaccessible to any parent

she was a great one for hanging around downtown, a flaneur in White Shoulders and a black sweater set

That is a shared promise of telescopes and literature: to create an illusion of interstellar or interhuman travel within the confines of your own skull.

I will summarize the work—and undersell it—according to my purpose here: It’s basically one long novel about the exaltation and despair, in New York and Paris, of a little shit named Henry Miller. The Henry Miller presented in the fiction is a drunk, a cad, a loser, an angry, misogynistic fuckup with delusions of grandeur, oceanic ambition, lamentable habits of personal grooming, and the profound detestation of money and the material world that only the born cadger can maintain

I curated a personal pantheon of shit-heels—of musicians, actors, painters, writers, and directors from Charles Mingus to Pablo Picasso to Marlon Brando to Jean-Luc Godard—whose work or biography seemed replete with examples of the kind of giddily antisocial, why-the-fuck-not?, mock-Napoleonic self-involvement and hound-doggishness I thought I admired.

Misogyny comes naturally to a young man in his late teens; it is a function of the powerful homosocial impulses that flower along Fraternity Row, that drove the mod movements of the mid-sixties and the late seventies, that lie at the heart of every rock band formed by men of that age. Because I was bright and a would-be artiste, my own misogyny wore a beret, as it were, and quoted Nietzsche.

In the end, I think that’s the only cure for the little shit: regular exposure to the healing rays of healthy disillusion, in particular the hard-earned skepticism of grown women. Call it the Yoko Ono effect.

We are accustomed to repeating the cliché, and to believing, that “our most precious resource is our children.” But we have plenty of children to go around, God knows, and as with Doritos, we can always make more. The true scarcity we face is of practicing adults, of people who know how marginal, how fragile, how finite their lives and their stories and their ambitions really are but who find value in this knowledge, even a sense of strange comfort, because they know their condition is universal, is shared

No matter how enlightened or well prepared you are by theory, principle, and the imperative not to repeat the mistakes of your own parents, you are no better a father or mother than the set of your own limitations permits you to be. And that set is your heritage, the pinched and helpless legacy of all the limited mothers and fathers whose fumblings, evasions, and shortcomings led, by some dubious accidental magic, to the production of you

Sooner or later, you will discover which kind of father you are, and at that moment you will, with perfect horror, recognize the type. You are the kind of father who fakes it, who yells, who measures his children with greatest accuracy only against one another, who evades the uncomfortable and glosses over the painful and pads the historic records of his sorrows and accomplishments alike. You are the kind who teases and deceives and toys with his children and subjects them to displays of rich and manifold sarcasm when—as is always the case—sarcasm is the last thing they need. You are the kind of father who pretends knowledge he doesn’t possess, and imposes information with implacable gratuitousness, and teaches lessons at the moment when none can be absorbed, and is right, and has always been right, and always will be right until the end of time, and never more than immediately after he has been wrong

No medium is as sensuously evocative of the past as radio. No other medium deploys that shocking full-immersion power of random remembrance. But for the power to have its maximum impact, the process of remembering has to be random at both ends. Joe Jackson’s “Is She Really Going Out with Him?” is playing over the PA in a Gap store at the Mall in Columbia on an unremarkable afternoon when you’re sixteen, and then one day you’re forty and driving to get your kid from nursery school and the song comes on, and there in your minivan you can smell the chlorine from the mall’s fountain, and hear your best friend telling you about Pauline Kael’s review of Last Tango in Paris as reprinted in Reeling, and see the vast blue wall of denim before you, and remember the world in which Bill Murray was God and Jimmy Carter was president and in which, at the Gap, they sold nothing but Levi’s. The song has to take you by surprise, catch you when your guard is down, when you aren’t expecting it—ideally, when you aren’t even listening to the radio at all. A bright little piece of yourself

The sense of mourning I felt when I realized that KFRC had changed its format was not over the music—the music is all there, at ninety-nine cents a download—but over this sudden sealing off, as if by avalanche or detonation, of an entire network of tunnels, secret passageways, into the past.

No, that’s false. The delusion is not really that I believe or trust that I will be returning one day to the planet of childhood; it’s that the world I left behind so long ago is still there, somewhere, to be returned to; that it continues to exist, sideburns, Evel Knievel, Spiro T. Agnew, and all, like some alternate-time-line Krypton that never exploded, just on the other side of the phantom-zone barrier that any determined superman would know how to pierce

There is no Normal Time, or rather, this is it, with all its accidents and discontinuities. With a breathtaking sequence, your last child leaves home, gets married, has children, and then you fall and break your leg, and the next thing you know, you’re approaching the point at which space curves back on itself or doesn’t. The end, unless the end, too, is a delusion. After that, either way, there is no time at all, and you’re never going back again.

I had a feeling that “Bohemian Rhapsody” would probably be an amazing experience on my new system, but as with all the records I liked, the house copy of A Night at the Opera was illused, scratched and dusty, incriminated with the prints of my adolescent fingers”

I closed my door, and turned up the volume, and sailed my bed through the monsters and wonders of the music and of life as an adult, heat vents and black caverns at the bottom, sun sparkling across the surface. The sea of Bach